Wytinck misses out at Limburg Classic 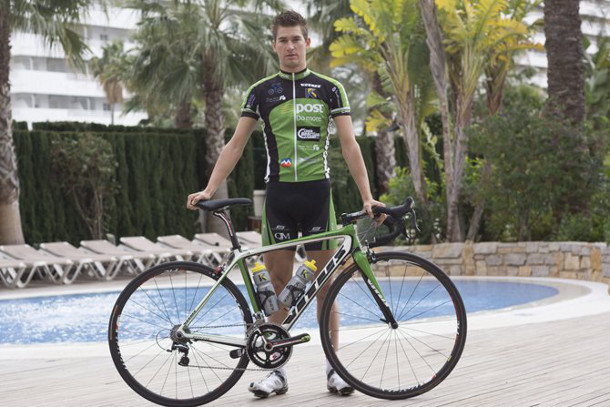 The Volta Limburg Classic ('Hell van Het Mergelland') is one of the toughest Dutch cycling classics and this year celebrated its 40th anniversary. With the quality of international competition increasing greatly in recent years, so too has the level of the Limburg Classic. With a match of tough climbs, fast descents, early retirements, rain and hail, falls, narrow victories and of course talented winners this race really has it all!

An Post – Chain Reaction rider Steven Van Vooren was firmly in the mix with 47km to go holding a 3:25 gap on the peloton with fellow escapee Lucas Euser (United Helathcare Pro Cycling). The pair were eventually caught by the lead group of the peloton which contained An Post – Chain Reaction team mates Niels Wytinck and Mark McNally.
Bram Tankink (Blanco Pro Cycling Team and Maurits Lammertink (Vacansoleil) made a late breakaway with 9km to go but were caught in the final 3km by the persistence of the Katusha team. With a slight uphill finish the 24 year old Selig powered to victory in the bunch sprint.
An Post – Chain Reaction’s Niels Wytinck was just 4secs off the win and in a strong performance took 11th place. Teammates McNally and Van Vooren crossed the line some three and a half minutes back. Mark McNally said he was pleased with his performance

“The race lived up to its name 'Hell van Het Mergelland' it was a tough day out with 31 separate short sharp climbs, but I was happy with the way it turned out.”