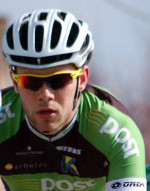 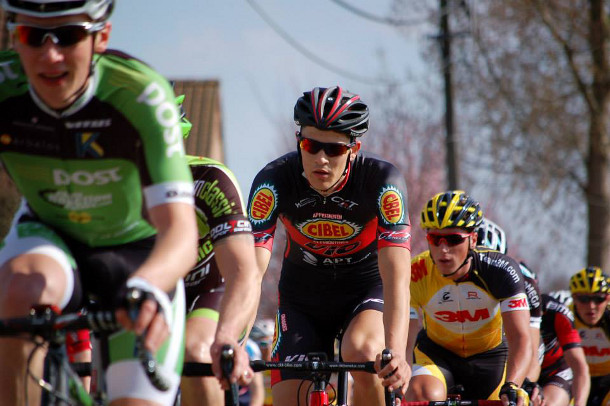 Rider of day was An Post’s Mark McNally who slipped away in a strong group of 11 of a cobble stone section after 30km. 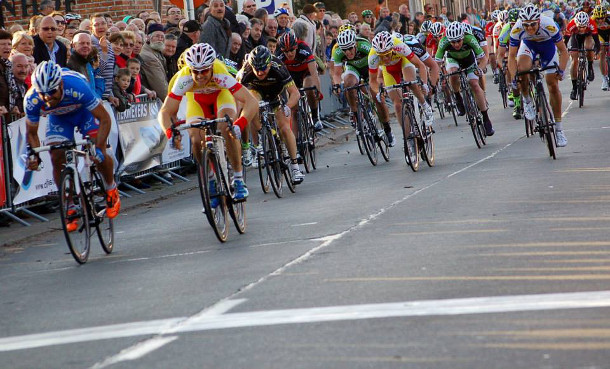 Going into the race the team knew it was probably going to end up in a bunch sprint with the race usually finishing with fight between a small group of riders in the past. McNally said it was just another unfortunate day in the saddle

“ I knew there was a chance we could make a real go of this race. We worked well all day but unfortunately there were a few teams behind who after missing the break chased hard – catching us with a lap to go. After that we went all out to help Wout in the sprint. So all in all it was a pretty good day out.”
Mark has shown great early season form and continues his campign this week as he lines up for two races in Belgium 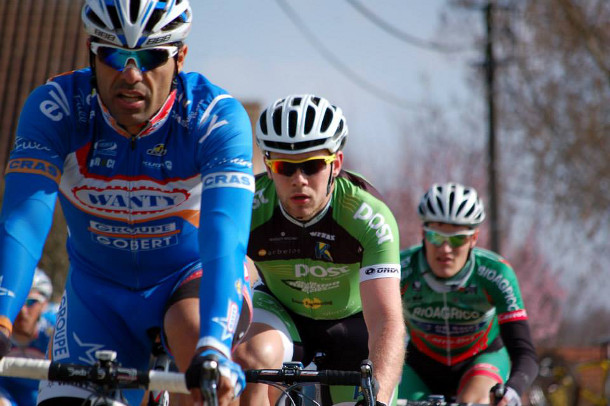 “I’m happy with where I am and hopefully there's a result coming soon. We've got two one days in Belgium this week Nokere Koers and Handzame Classic then next week were off to the Tour of Normandy in France which is a big goal for me as I think it should suit me well”

Yesterday’s race saw most of the An Post – Chain Reaction squad finish on the same time as eventual winner Dailo Napolitano (Wanty-Groupe Gobert) with Mark McNally crossing the line 56” back after a long stretch in the leading bunch all day. 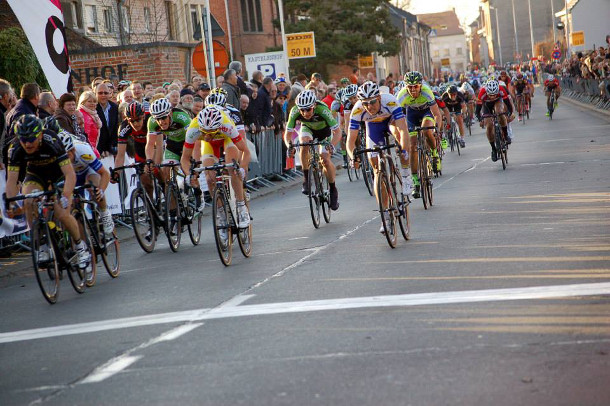