Vitus Bikes and FirstTracksMTB.com are coming in hot and hitting the 2015 race season hard!! Vitus First Tracks Race Division riders James Mac Ferran (J-Mac), Alistair Baron and Glyn O’Brien are pumped and can’t wait to unleash their Vitus bikes on all the trails they hit this season.

The perfect combination of having the right bikes and direction from FirstTracksMTB.com has resulted in a team that will ride hard, push their limits and have a blast along the way. J-Mac  will be riding in the elites and will be taking on some of the fastest riders in the world. Alistair is a first year junior and has already got some respectable results in the bag, but something tells us there’s a lot more to come! Glyn is the Team Manager, racing masters and hopefully putting down some race results to keep the young kids on their toes. Assistant Team Manager, Catherine McCann (Cato), will have her work cut out keeping these boys wheels on the ground but she loves being involved and rumour has it she will be taking part in a few races herself along the way! Cato has opted for the lighter more nimble Vitus Escarpe Pro to tackle some big endurance races such as 10 Under the Ben in Fortwilliam.

The team has been working hard with Point 1 Athletic Development and it’s going to be hard to miss these guys as they come flying past but look out for them at the Vitus First Tracks Enduro Cup, Vitus Bikes Gravity Enduro, Irish Downhill Mountainbike Series, selected rounds of the Enduro World Series, Masters Downhill World Championships and a trail near you.

The team will be piloting the brand new Vitus Sommet for more radical Enduro’s, Escarpe when things start to get a bit pedally and the Dominer for Downhill. They will be decked out in the latest Vitus First Tracks Race Division jerseys  and Royal apparel , 100% and Nukeproof body armour will complete the finishing touches to the kit. Then to top it off our main man, Chris at Point 1 Athletic Development will be keeping them sharp in preparation for one hell of a year!!

Here’s what they had to say…..

It’s been a very short and exciting off-season preparing for 2015. Working with the guys at Vitus is always a breath of fresh air because at the end of the day they are all competitive riders themselves and want to see their products out there on the trails and at the races. With the Vitus First Tracks Enduro Cup and the CRC EWS coming to Ireland along with other established race series’, there has never been a better time to ride a bike in Ireland. A massive thanks to all our sponsors for backing us and the best of luck to all our riders in achieving their goals.

“We’re delighted to support the Vitus First Tracks Race Division this season. Having launched our new range for bikes for 2015 – featuring the all new Sommet, Escarpe and Dominer models, it’s important for us as a brand to continue support of MTB here in Ireland. I’m sure we’ll see the team take their new Sommet’s to the top of the podium throughout the season”

I’m so happy to be riding for the Vitus First Tracks Race Division for 2015! Big thanks to Glyn and Cato for hooking me up, such a great bunch of guys to ride with and plenty of laughs to be had over a cup of scruff afterwards. I can’t wait for the much anticipated Vitus First Tracks Enduro Cup to start in March to give the new Sommet a hammering and have a bit of craic! I also plan on competing in the IDMS, the Vitus Bikes Gravity Enduro Ireland and hopefully some of the Enduro World Series. So stoked to ride alongside the legends Glyn O’Brien and James Mac Ferran, so much experience in these guys and with any luck, some of their skills will rub off on me! Now to get the head down and into training, see you at the races for skids and wheelies!

This is my second year riding with the FirstTracksMTB.com squad and when Glyn asked me to be part of the Vitus First Tracks Race Division for 2015 – there was only one answer. Glyn and Cato have put a lot of effort into the team this year with all the sponsors and training programmes etc. The new bikes have just arrived and I could not be happier with both machines – the big wheels make a world of difference. I have only been out a couple of times but already feel at home on the Vitus Sommet Enduro bike.

I’ve got a busy year ahead with racing and I’m going to turn my hand to both Downhill and Enduro. Now that we have the Vitus First Tracks Enduro races up North it’s going to be a great year with plenty of laughs and tea drank along the way!

Big thanks for Glyn and Cato for all their hard work over the winter, can’t wait to repay them with the results I know I’m capable of come the first race in March!

We are really chuffed with the fantastic team lined up for the 2015 Vitus First Tracks Race Division.  The guys are a joy to work with, highly motivated, enthusiastic and great craic – I am sure we will see some big results this year! Big thanks to all our sponsors for their valuable support. I’m looking forward to getting the miles in myself on my new Vitus Escarpe Pro and picking up some more skills from the guys along the way! Never mind the tea – I hope we’ll be celebrating with lots of bubbles!

For more info on the team check out their website // www.firsttracksmtb.com/ 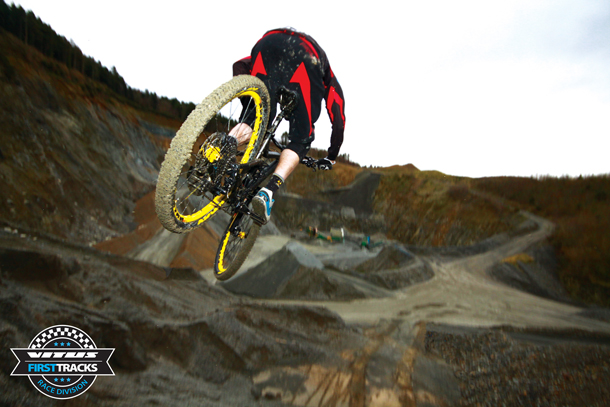 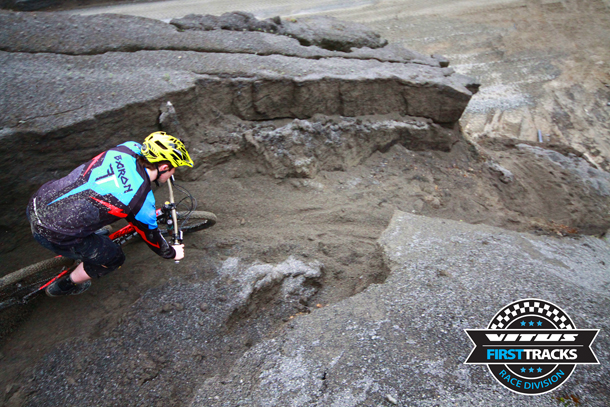 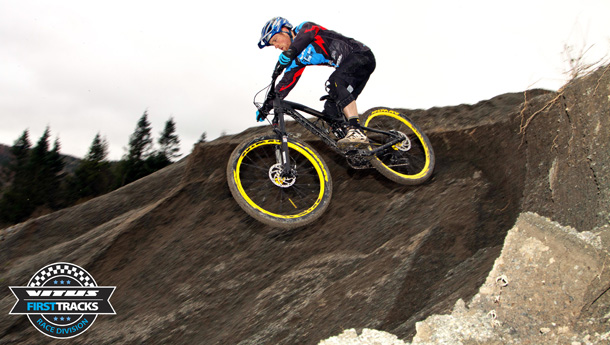