The 2012 edition of The London-Paris will officially begin on Thursday 21st June when 450 riders cross the start line at Imber Court, Surrey to begin the iconic three stage, 507 km ride from London to Paris.

The 2012 edition of The London-Paris will officially begin on Thursday 21st June when 450 riders cross the start line at Imber Court, Surrey to begin the iconic three stage, 507 km ride from London to Paris.
Proudly supported by Vitus Bikes who have supplied all HotChillee Ride Captains with a high-end Sean Kelly Ltd Edition carbon race bike, The London-Paris is a unique event, where cycling enthusiasts, professionals, legends and celebrities all rub shoulders in the peloton. With rolling road closures in France, motorbike outriders, Skoda lead vehicles, Mavic neutral service and mechanical support, the organisation and professional support is second to none. Timed flagged sections enable the riders to compete for jerseys, bringing participants as close as it's possible to get to the experience of the professionals on The Tour de France. 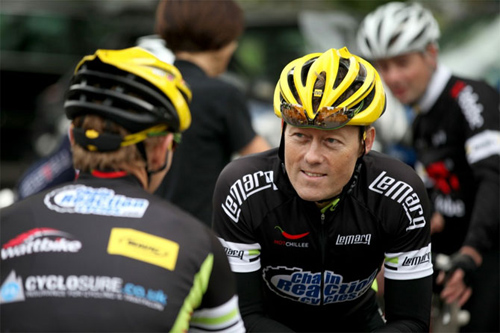 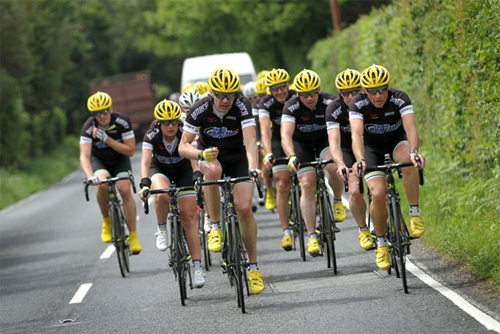 2012 is also a record year for Team involvement, with over 125 corporate applications for 35 team slots; more than any previous year. The teams come from a wide variety of sectors, including media, technology, FMCG and financial. Teams participating this year include Adobe, ICAP, Tullett Prebon, Hogan Lovells, Moet & Chandon, DHL and Blackberry.
This year, Adobe has teamed with HotChillee to become the official Training Jersey partner and Garmin is an official Ride Captain Sponsor, supplying all Ride Captains with the latest Garmin Edge 800, complete with European street mapping and heart rate monitors.

Sven Thiele, founder of HotChillee says: "Nine years ago we started The London-Paris as 13 riders. This year we've got a group of 450 committed riders from professionals, to legends to celebrities to keen enthusiasts and many have attended our monthly training rides. The camaraderie has already begun. The London-Paris has grown to become a hugely successful and incredibly fun, safe and professional event. It's set to be another smashing year for The London-Paris – and with Stephen Roche celebrating the 25th anniversary of his triple crown it will be even more special. I can't wait to get out there with the riders."