Vitus Bikes / Chain Reaction Cycles Lucy Gossage is no stranger to winning IM titles having won both IRONMAN UK and IRONMAN Wales in 2013 and already gracing the podium in South Africa just last month when she finished second to Simone Brandli. 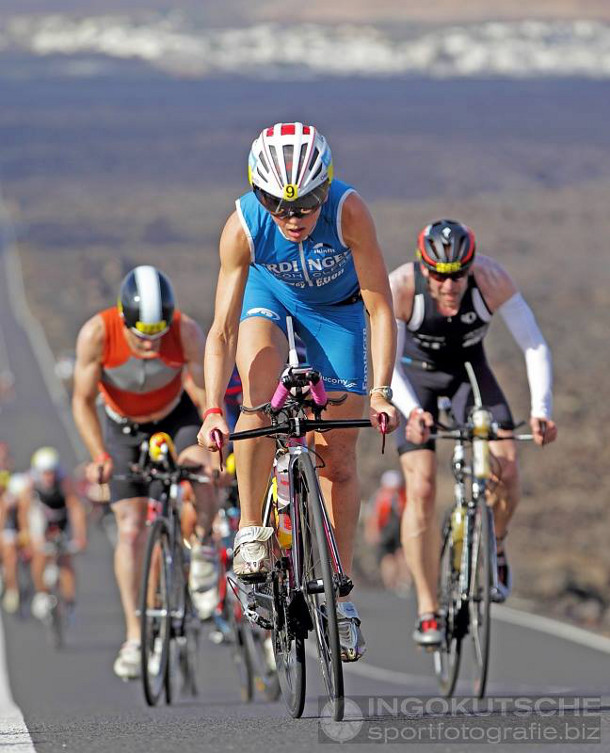 Saturday saw Lucy once again put on an impressive display in how to control a race. After coming out of the water in third place, 33-seconds behind last year’s top age grouper in Kona, Stefanie Adam, she patiently started the bike course. With a bike leg that features two mountain climbs along with some of the fiercest winds on the IM circuit it appeared that Gossage had kept a level head and focused on systematically making up time – rather than beating the two leaders on the road. 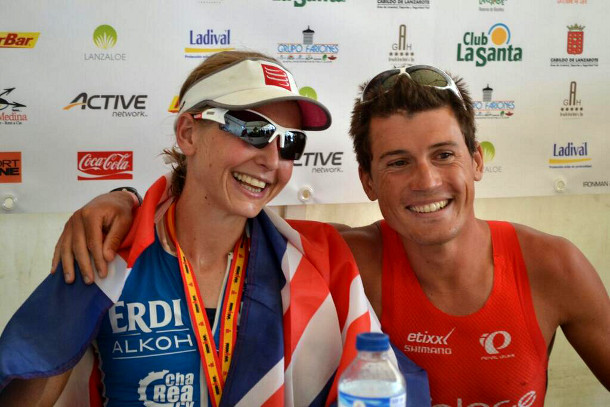 Entering T2 in third place, just over three minutes behind Blatt and Adam, she gradually began to move towards the front of the race. Stefanie Blatt hung tough through the first half of the run. By 24 km, though, the result seemed decided – Blatt was working hard, while Gossage was joking with the crowd one second ahead.

Gossage still didn’t push the pace, though, until 10 km to go, at which time she increased her tempo enough to ensure no one would come close to catching her. Blatt hung on for the runner-up spot, while another Brit, Corinne Abraham, ran her way to the third spot on the podium. 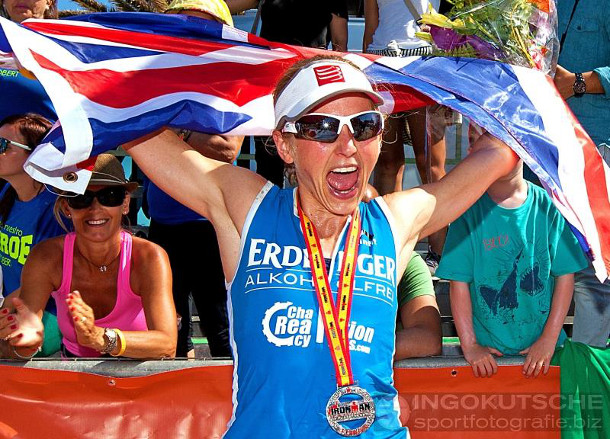 “Boom! Pretty pleased with that. Amazing support out there. Like racing in the UK!”