Trevor Magee would be the first person to point out that he is no Chris Froome or Bradley Wiggins. He will however, be doing something very special on a bike on 3rd April next year – taking part in the Cross Florida Cycle Ride. With average temperatures of around 28 degrees. You’ve got to have a really good reason to want to ride 170 miles in one day and thankfully  Trevor has as he’s taking part in this amazing challenge to raise awareness (and hopefully lots of cash) for Macmillan Cancer Support.

Trevor says “While sitting in the City Hospital in Belfast with a friend waiting for some radiotherapy I was shocked as I counted around 30 people waiting to be called, with ages from as young as 10 years old to people in their 70’s. As I sat there the thought occurred to me that in reality this could be me waiting to be called as cancer has no respect for age”

It was this thought that inspired him to do something to support a cancer charity. After meeting with various charities he decided he would like to do something for Macmillan Cancer Support.

Trevor says “Macmillan work in what I think are such sad cases, by bringing comfort and assistance to those that are terminally ill. Even just witnessing the care they gave to a past work colleague of mine was heart melting as he spent his last few weeks before he sadly passed away.”

Regrettably, the friend who Trevor was with at the City Hospital has recently lost her battle with this terrible disease. This has just made him even more determined to do all he can to support Macmillan, and the work they do as they care for cancer victims.

“I think this is something which strikes a chord with everyone” Trevor commented – “I’ve been overwhelmed by the support I’ve received already!” This support has come in many forms – Chain Reaction Cycles in Belfast have donated a brand new Vitus Vitesse Evo TEAM bike to the project, along with training equipment and cycle clothing, and have generously offered to ship the bike to Florida. Local shops have offered opportunities for Trevor to set up his training bike in their premises, to promote the event and collect for Macmillan, and he has the backing of a small group of enthusiastic supporters who are helping out with administration, setting up a web site, organising events, and promoting his campaign! Even more importantly, many businesses and individuals have given financial support, and the money being raised for Macmillan is steadily growing.

Trevor is personally covering all of the costs associated with the event, including flights, entrance fees, promotional materials etc., as he has been adamant from the outset that all money raised would go to Macmillan Cancer Support.

In answer to the question “Do you have a target to reach” Trevor’s response is simple – “As much as possible! The actual amount is not important – I hope that people will see that this challenge is not about me, or about cycling, or even about Macmillan – it’s about ordinary people who really need help as they face cancer. Every donation, large or small, will make a difference to someone’s life”.

For those who do wish to donate, there are a variety of ways they can do so – visit Trevor’s website at www.trevorscycle.com or his Facebook page www.facebook.com/RideForMacmillan or get involved with Trevor as he takes on some static cycle miles across Northern Ireland over the coming months! 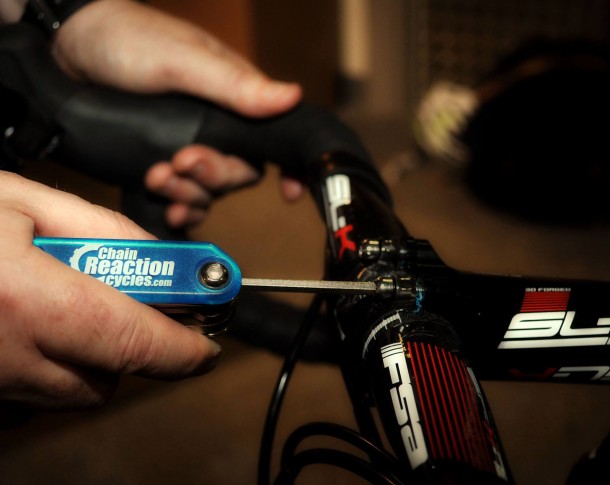 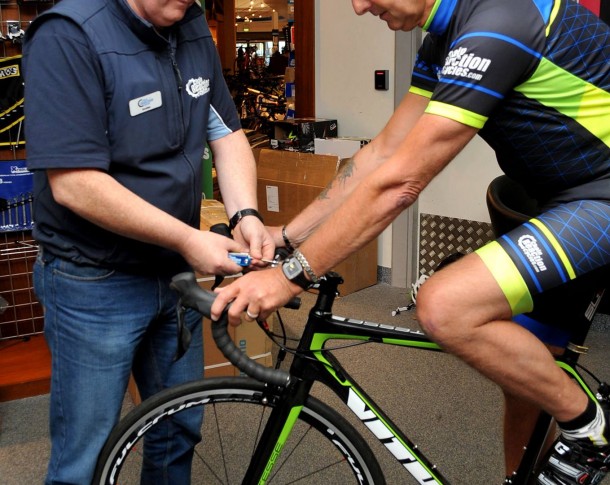 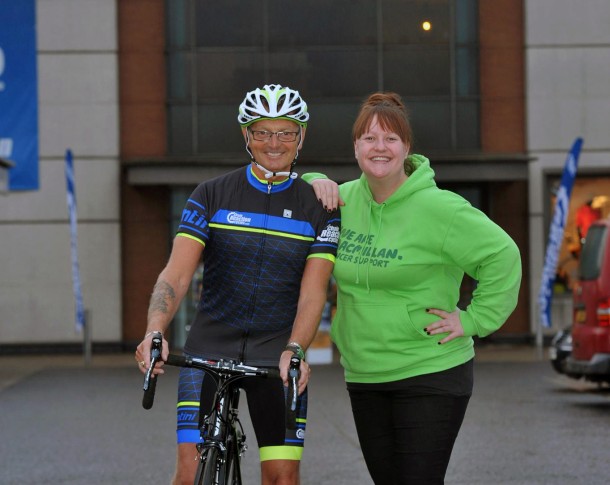 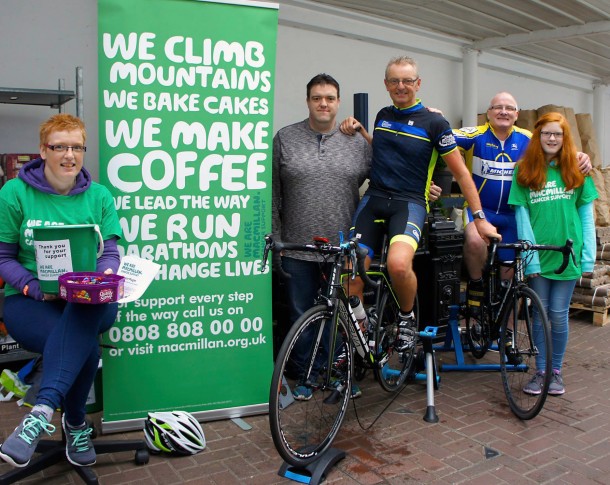 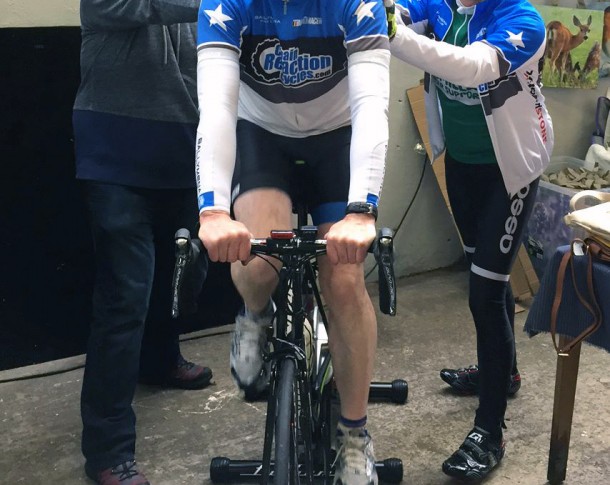 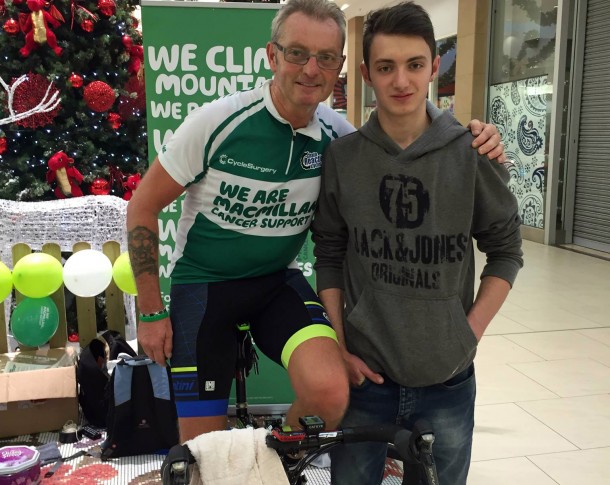 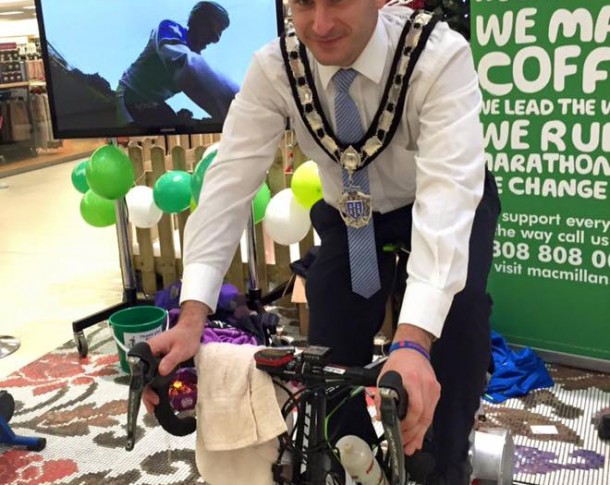 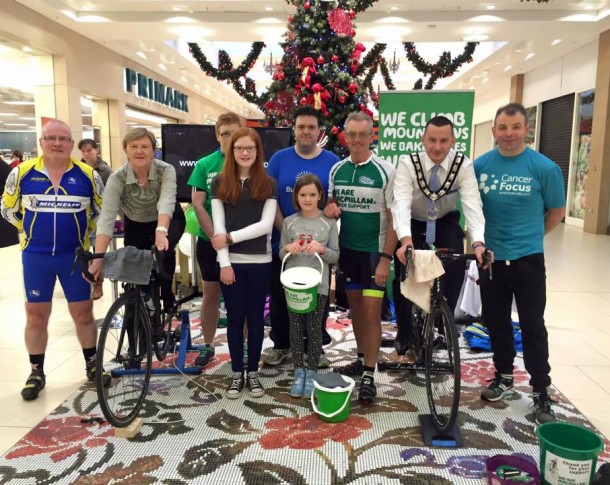