After months of planning, many a late night and copious cups of tea for Glyn and Catherine, on the weekend of the 28th and 29th of March we saw the inaugural round of the Vitus First Tracks Enduro cup roll into the stunning setting that is Castlewellan Forest Park. We catch up wih Jerome O’Loughlin as he reports back on a cracking weekend in County Down!

The Saturday was all about getting on the bike and hitting the trails to see what may or may not be the best or fastest line. The carpark filled early and all the super keen bicycle drivers were ready to rock.

As part of the First Tracks crew, Steiner and I got the race village and sponsors sorted and in place, leaving it until later in the day before heading out for a wee look at what was to come on Sunday. Myself, Glyn, Steiner and Uncle Hugh all jumped on our trusty steeds and headed for a spin.

The trails were riding good and the craic was mighty. All the riders we bumped into had big grins on their faces peppered with a hint of nervousness.I didn’t have time to practice all 6 stages but what we got to ride was in good order and all the digging and raking that had been put into preparing the trails was holding out.

The sensible hat went on Saturday night so off to the scratcher early in prep for another dawn start on Sunday. It arrived with what we will call changeable weather but nevertheless the riders started to appear and were eager to get going.

The atmosphere was upbeat despite a few hailstones knocking about and after sorting out some logistics we got the pro men and women racers issued with timing chips and on their way at 10am fueled with GrRana energy and Acti-snack.

Once we made sure all the racers had their timing chip on the wrist and onto stage 1, the crew of Myself, Glyn, Steiner and Uncle Hugh hit the trails. We all had an absolute blast on the heady mix of technical, rooty and rocky natural trails and the lung busting trail centre sections. We were suitably exhausted by the end of the pedal fest that was stage 6.

When we got back to the race village the tension was palpable as all the race heads were gathered round the results screen discussing and analysing times with a cold beverage in hand, courtesy of Erdinger. With the hailstones making an appearance again I rushed off and performed my secret rain dance and with that the sky cleared and we were presented with the welcome glow of the sun once again. And not a moment too soon as the podiums got under way. 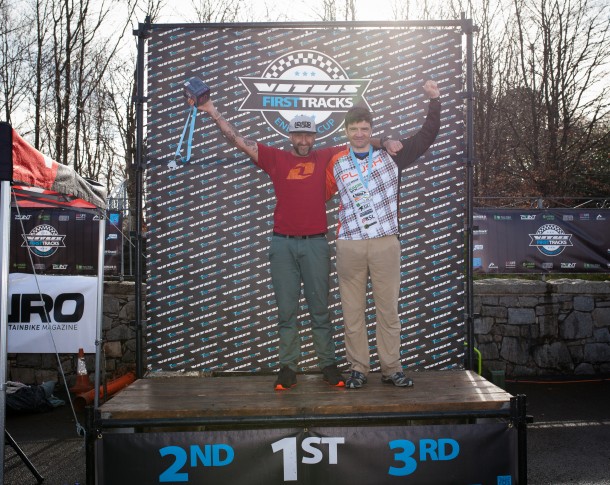 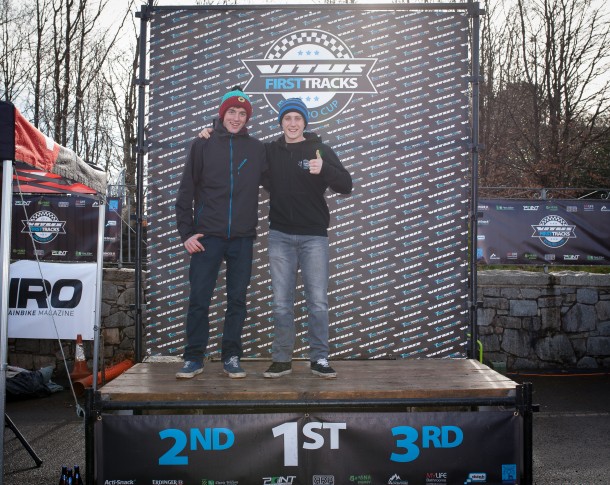 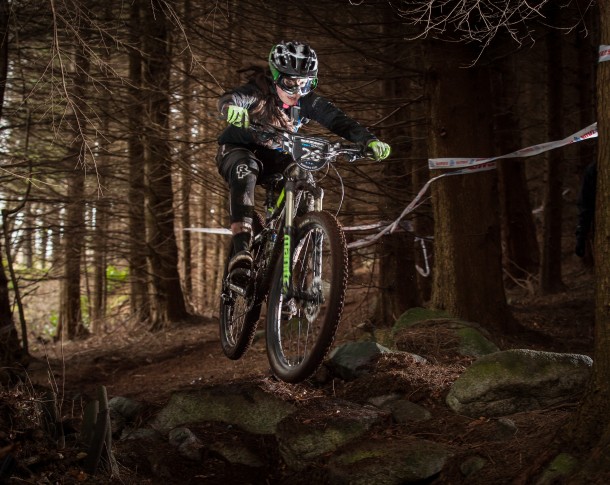 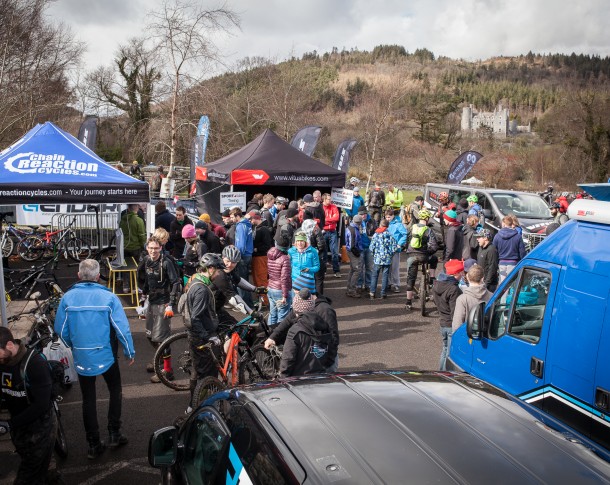 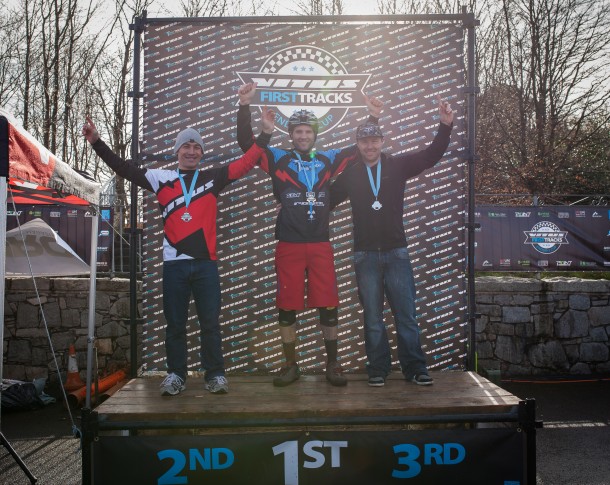 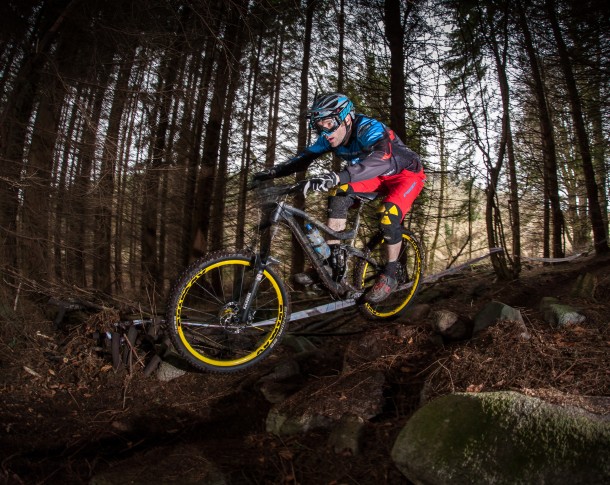 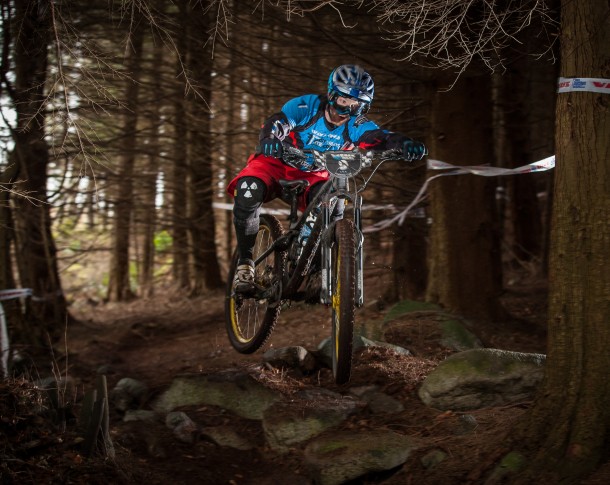 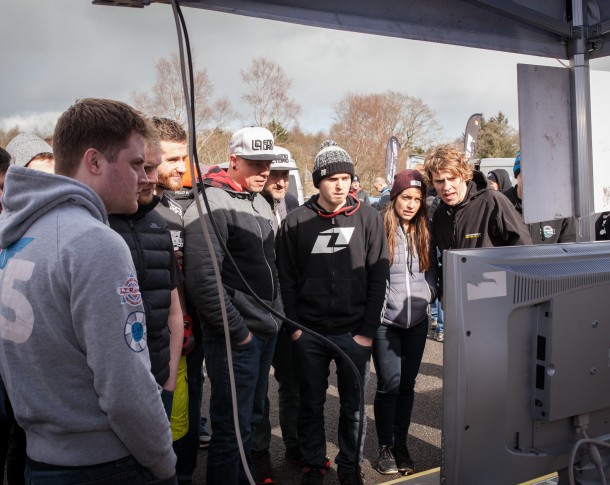 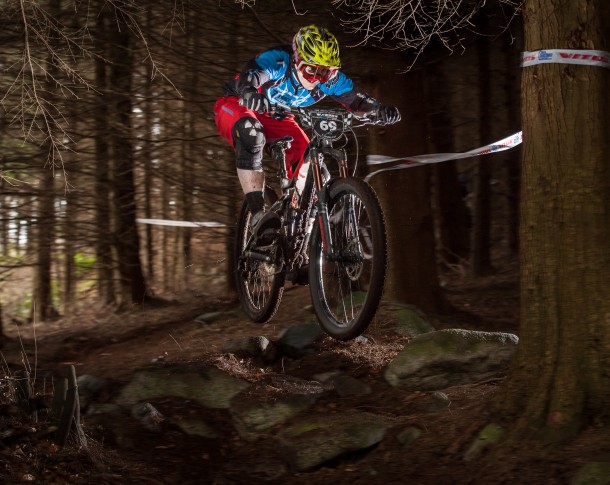 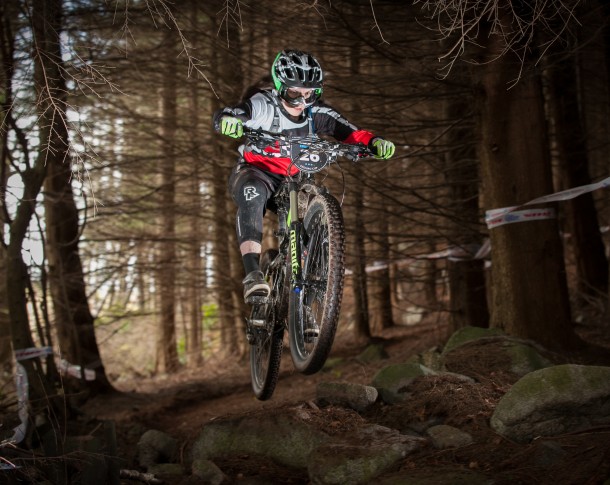 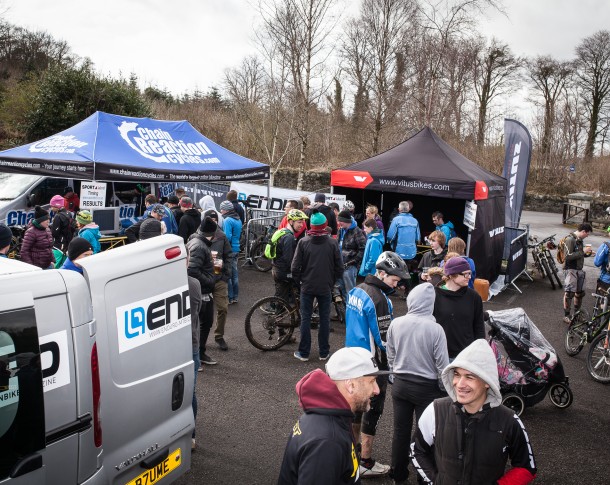 Massive well done and congrats to everyone involved, this is just the start of something big! Speaking of which, the next race on 9th and 10th of May is in no other than the infamous Bigwood…..see all y’all there.