Matti at the Youth Games…

Vitus Bikes rider Matti Adair was selected to represent Northern Ireland at the Youth Commonwealth Games earlier this year on the Isle of Man.

Vitus Bikes rider Matti Adair was selected to represent Northern Ireland at the Youth Commonwealth Games earlier this year on the Isle of Man. 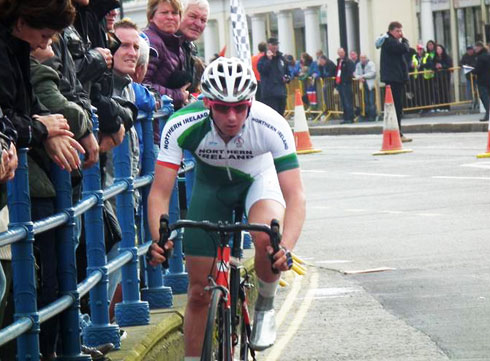 Here’s Matti’s report from the Games:
“I was really looking forward to the Youth Commonwealth Games and couldn’t wait until the first race which started on the Friday night with a short time-trial along the promenade. It was windy with a tailwind on the way out and headwind on the way back. During the time-trial I felt good and finished in provisional third with several left still to finish, but in the end I took tenth place.

Next up was a road race. I was feeling a bit rough on the morning of the race, but was looking forward to it as the sun had come out and the wind had dropped. However, early in the race I cramped and was dropped from the leading pack. I rode around the rest of the course on my own and finished a disappointing 28th. 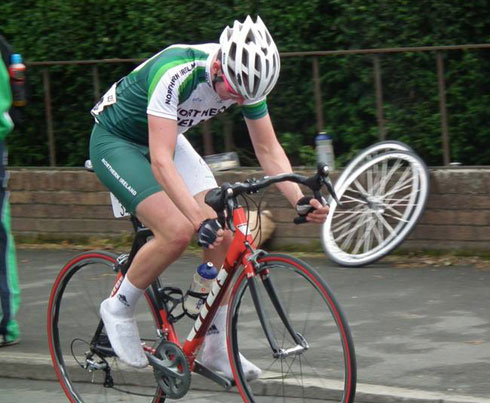 My final race was a crit around the Douglas promenade area, and after the disappointment of the road race I was after a good result. The race started fast and I was in the middle of the pack which made moving up hard because of the fast pace and the tight corners. On one of the corners a rider went down in front of me which meant I had to stop, resulting in a group of 10 forming out front. From then on I was riding on my own trying to catch up but I couldn’t, and finished 11th overall.” 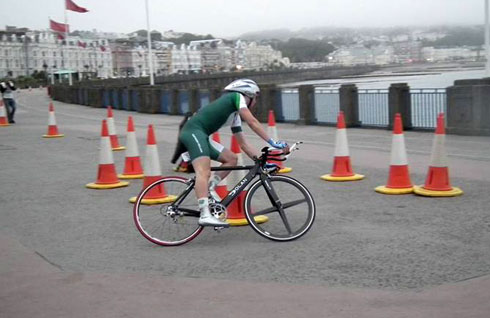