The first stage was a short two mile time trial up the Windy Gap, and it was a stage I was looking to do well in as it suited me. I started well and was two seconds up on the leader but I crashed on a corner, quickly getting back on and finished 16th – only 27 seconds down on the stage winner. 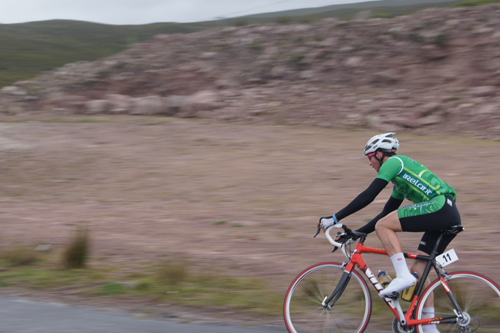 Stage two was a 70-miler with several big hills. In the opening stages of the race a breakaway went of two American riders and got a gap of two minutes. Coming onto the second big climb I rode a hard tempo up and over the top, where a group of nine riders formed. We quickly got a gap and started to eat into the American riders’ advantage. Coming into the finish the Americans still had a 100 metre gap and I finished tenth on the stage moving up to 12th overall.

Another 70 mile route, stage three had only a few hills towards the end, however with it traversing the coast there was the potential for crosswinds to cause havoc. Coming into the final hills the bunch was still together with two riders up the road, but they were brought back quickly. However, coming into the finish with 10k to go I cramped and ended up losing two minutes. Having gained time on the previous stage it didn’t affect my GC position and I remained 12th overall. 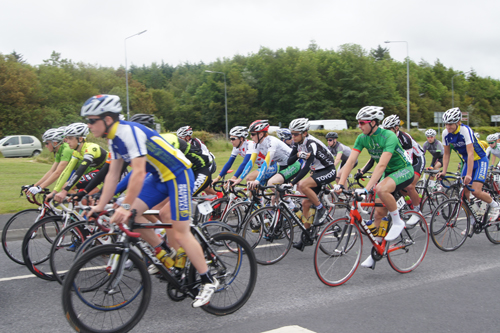 The 60-mile hilly fourth stage was always going to be the deciding stage in the race, and from the start the pace was very fast. I tried a few attacks that were brought back and the strong winds meant that the bunch was completely shattered in the first 20k with a group of 20 riders forming on the front, which included me. Coming across the bridge to do the loop of Achill the group slowed right down so I attacked and to my amazement I got away and wasn’t chased down. I rode hard and gained a maximum advantage of two minutes before turning into the headwinds which was very hard on my own. It wasn’t long before the gap came down and I was caught by the bunch, which stayed together for the final climbs. The group split near the top and I couldn’t get back on down the descent. I finished in 17th place – losing another two minutes, but stayed in 12th place overall.

Stage five was a short 54-mile stage and from the start I attacked and was joined by two others. We had several miles on our own until we were caught again. After about 10 miles I attacked again and got away on my own. After a few more miles I was joined by Ireland team mate Conor McIlwaine and another rider. On the hill the other rider was dropped and me and Conor rode hard, giving ourselves a maximum advantage of two minutes. With 16 miles to go, Conor rode on and I went back to the bunch, which is where I finished.

The final stage was a short 42-mile stage finishing on top of the Windy Gap. Before the climb I mostly sat in as we had a man up the road. Going onto the climb, the week of racing took its toll and I finished 15th, 30 seconds behind the main group. I finished 13th overall and we won the team prize. 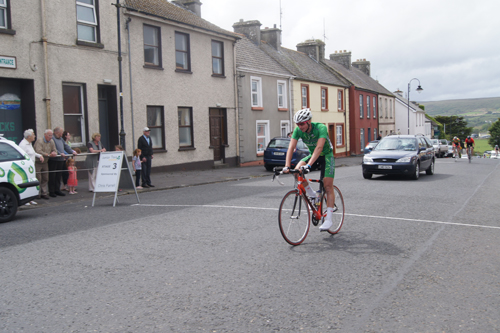