CRC and Vitus rider Matthew Adair took part in the Scottish XC league at Perth representing the Ulster squad.  Here’s his round-up of the event.

CRC and Vitus rider Matthew Adair took part in the Scottish XC league at Perth representing the Ulster squad.  Here’s his round-up of the event.

" This weekend was the 5th round of the Scottish league in Perth and having won here last year I was looking forward to it as I was representing the Ulster team on this occasion. 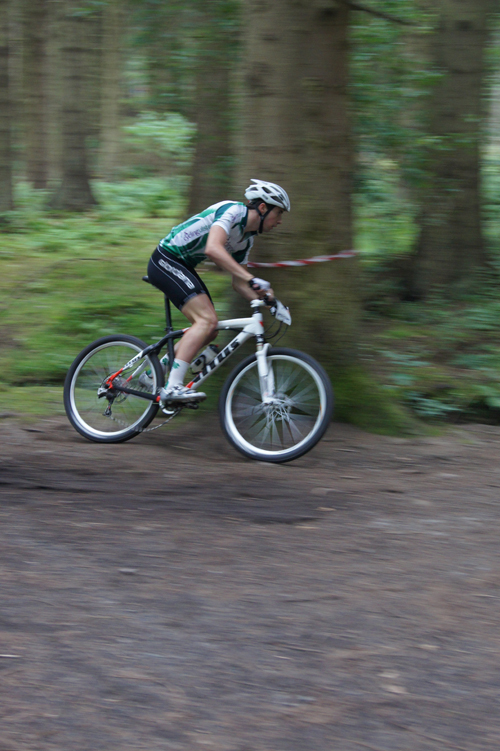 The trip started on Saturday morning with an early start to catch the boat from Larne to Troon, we arrived at the course around lunchtime and set of to do some practise laps.  The course was tough with steep climbs and very fast descents but I liked it and was looking forwarded to the race.

On race day I began with bottle duties for the team members in the morning race before I went and got ready. My race started fast and i led into the first single track climb, looking back coming out of this I saw that there was 2 of us

with a clear advantage.  Coming to the top of the next hill I got a gap on the other riders and pushed hard to force it open.  Coming round to finish the first lap I had a lead of 30 second over a group of three that had now formed, going through the feed zone i missed my bottle but continued to push on and by the end of the second lap going into the finial lap I had a gap of just over a minute but over the finial lap I pulled this out to 2 minutes 37 second at the finish.  I was pleased with how my race went an happy to win again. " 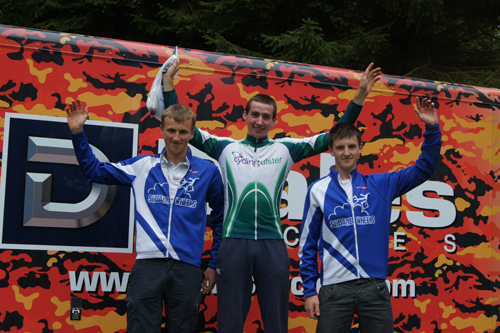