CRC/Vitus road rider Gareth McKee was victorious at the recent Noel Teggart Memorial race in Banbridge, Northern Ireland – here’s his report:
The Noel Teggart Memorial was hosted by my home club Banbridge CC on Sunday 17th June. The race consisted of five circuits of a twelve mile lap with a handicap of one minute back to A2 and a further 1.30 minutes back to A1. 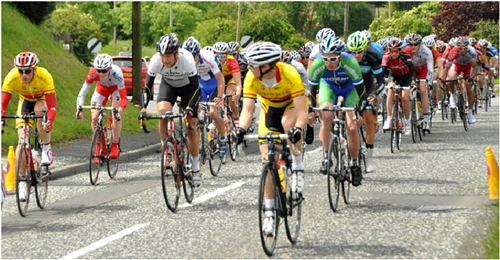 The race started off at a nice steady pace in the A3 bunch – the perfect warm up. Once the A2s caught us within half a lap the pace started to increase and it was another lap before a handful of A1s managed to get across. Once they came up the race came alive with constant attacking trying to form a break. I was feeling pretty good and was able to go with most of the attacks but the peloton wasn’t letting anyone get too much of a gap. 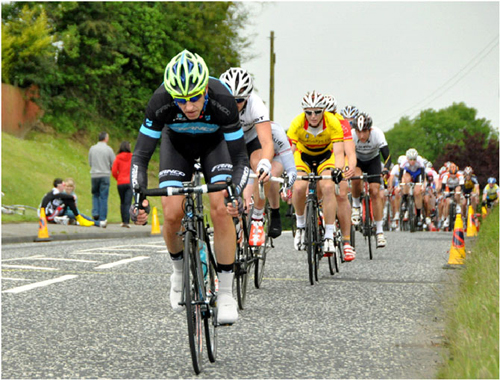 It started to rain heavily on the third lap which persisted for the next few laps. During this period I was so cold and required a lot of soul searching. 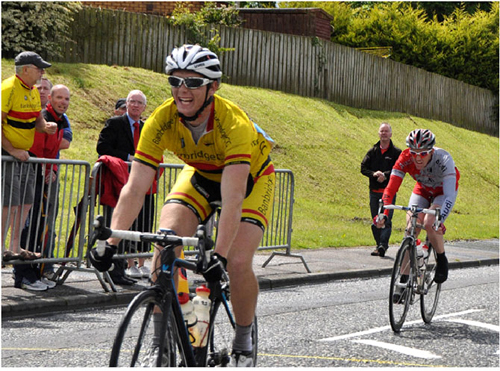 On the final lap you could see that the fatigue was starting to kick in with people dropping off and the whole group splitting. I managed to bridge the gap to a two-man break with two East Antrim Audi riders Daniel Stewart and Gary Cranston. For the next half of the lap we rode well together opening up a gap on the peloton and then maintaining it as we came up Scarva Hill. A rider from Eurocycles came across and he was shouting either ‘work’ or was it ‘sit-in’? I'm not exactly sure, as when I tried to come round at 25mph he did not slow down to let me in so I took it he meant sit-in! I hung on to the top of the climb in the group of four riders coming over the top, went to the front with about 500 metres to go and just kept the pace high to stop attacks. I pulled over and Daniel Stewart took over – he gave a very good lead out for his teammate, sitting on my wheel before Daniel slowed down.

With about 150 metres to go I decided it was time to go full gas as I knew I could hold it to the line. Once I had committed there was nothing else to do but go flat out, and as I crested the hill all I could hear was the crowd shouting and cheering which gave extra encouragement to push to the line. I managed to hold off second place by half a wheel and claim the prestigious Noel Teggart Memorial Trophy with Gary Cranston coming third and Daniel Stewart fourth, the bunch sprint was taken by Marc Potts from Omagh Wheelers.
It was an honour to win the Noel Teggart Memorial – with the entire family of Noel Teggart present at the prize giving – and get another Banbridge name on the trophy alongside some legends in Irish cycling. 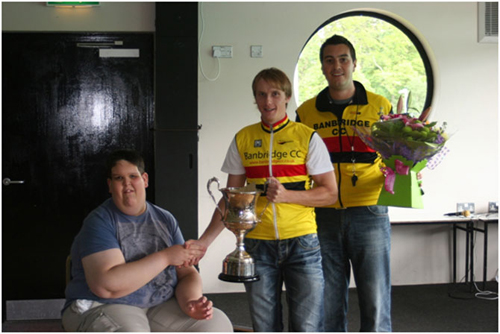