Team CRC/Vitus rider Gareth McKee finished in second place at the fourth round of the 2012 Irish NPS at Lady Dixon Park, Belfast – here’s his report from the weekend.

Team CRC/Vitus rider Gareth McKee finished in second place at the fourth round of the 2012 Irish NPS at Lady Dixon Park, Belfast – here’s his report from the weekend.
The weather for the event couldn’t have been better with the sun shining and the temperature about 25 degrees. I arrived down on Sunday morning and got signed on early, getting in a practice lap to see how the course flowed. The course had similar sections to last year and it was obvious that it was going to suit a powerful rider.
As I was leading the Series I was on pole position for the start of the race. I had a pretty good start and settled into second going into the first singletrack section. After making a mistake and falling in a dusty corner dropping back to fourth, I moved my way up through the field back to second behind Roger Aiken. 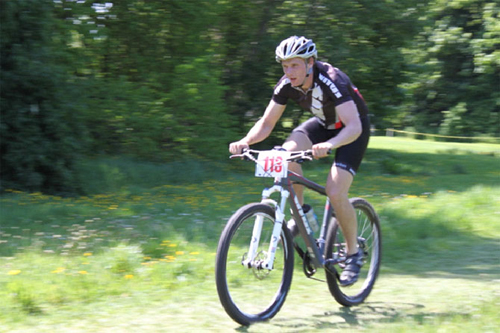 Over the next two laps I knew I was going to have a hard battle with Peter Buggle, the winner of the first round of the Series. Due to the nature of the course, drafting would be a factor with lots of sections out in the open so riding behind someone would be a major advantage. I rode hard through the technical section to gain a 10 metre gap coming into the open. After this I just continued to ride hard and keep the gap between myself and third as much as I could. Finally on the third lap I was able to pull away and gain a substantial advantage. Over the next few laps with the intense heat and high intensity racing it was a matter of keeping myself well hydrated. 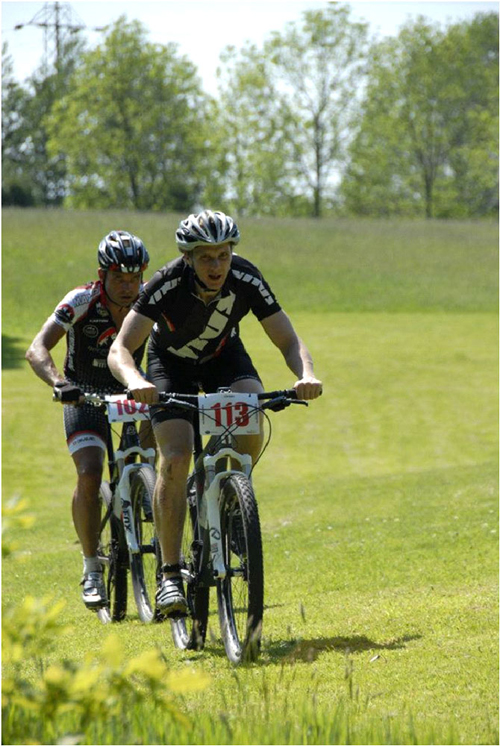 I was unable to catch Roger after he had made the break at the start, so I had to settle for second place on the day which was a good performance considering that I had managed to beat the first round winner and I also held onto my overall NPS Series lead. Mathew Adair, my team mate, had a very strong ride finishing fourth behind Peter. 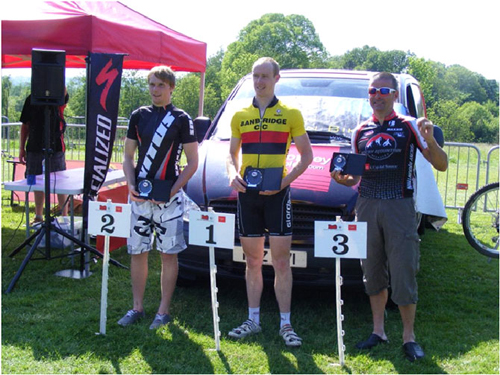