Gareth McKee reports on his season so far

In the latest update from the team, Gareth McKee reports from his first three mountain bike races of the season in which he’s got to grips with his Vitus Rapide hardtail bike and picked up impressive results already.

Ulster NPS Round 1 Ballykelly Forest
The first round of the Ulster Cross Country Mountain Bike Series took place in Ballykelly Forest, Limavady, Northern Ireland. The weather was very kind with the sun shining all day long. The course that was used was very technical with lots of singletrack which was extremely rooty, so I knew that the course would suit me. 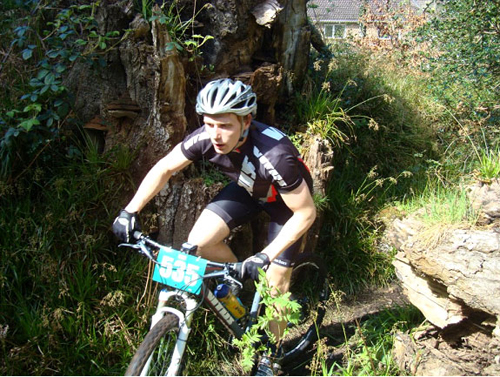 After the Underage races it was time for the Senior riders to begin. I was off in the start group with five laps of the technical course, and was using this race to see how I was feeling in a race situation on the new Vitus Rapide mountain bike. During the off season I’ve been concentrating on fitness, spending most of my time on the road bike with very little time spent on the mountain bike, although they say you never lose the skills.

Over the first lap I started hard to get warmed up and then backed it back for the rest of the lap. On the second lap I started to up the pace in the singletrack to really get a feel for the bike at race speed. Coming through the river section I made a small mistake and fell so just took my time getting up and I saw that Marc Potts, riding in Senior 2's, was coming so I waited and then just paced Marc round at a constant pace for the next three laps, eventually taking the win. I was feeling really strong throughout the whole race and on the last lap I felt as strong as I did on the first lap so this was a big confidence boost coming into the season.

Irish NPS Round 1 Bellurgan Park
The first round of the 2012 Irish cross-country NPS took place in Bellurgan Park. The course was very similar to last year with a few alterations to make it flow better in places. It was mostly singletrack so I was expecting it to suit me perfectly, with sections where it was important to carry speed. I arrived down on Sunday and the wind was blowing a gale in the finish field. After getting signed on I got back into the car to try to keep warm before the race. I didn’t do a full practice lap as I had done a lap the day before so I knew the course; it was just a matter of getting warmed up and keeping warm before the start of the race. 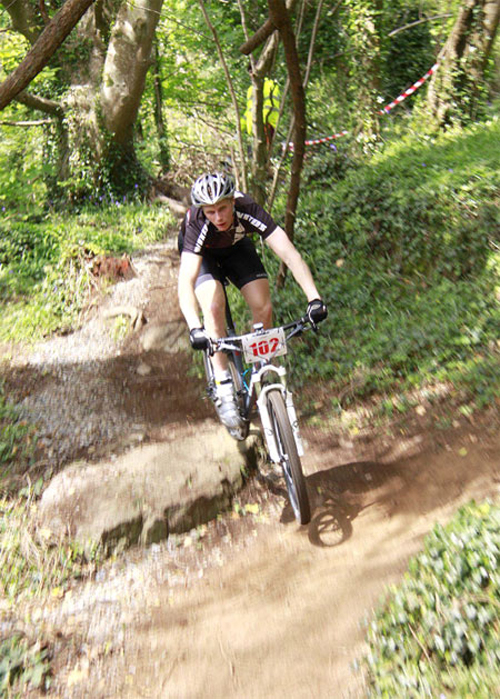 Since the course was mostly narrow and technically demanding, a fast start was expected on the first lap. On the descent I managed to get past Ray O'Shaughnessy into the lead and I kept the pace high for the rest of the lap. During the climb on the second lap Peter Buggle just increased the tempo on the singletrack climb and I was unable to match the increase in pace. Once on the descent I made up some time but couldn’t close Buggle down then for the next few laps I was riding my own pace in fourth, keeping a steady gap to the riders in front but couldn’t close them down. I managed to hold on to fourth position which was a good consistent start to the season and it gives me something to aim for in the up and coming races.

Mad Mac’s 6 hour Endurance XC Race
When I saw the concept of Mad Mac's 6 Hour XC Race, it was something that I had never competed in before so I was interested to see how it actually felt to ride the bike for six hours. Coming into the race I was unsure how to pace it for that length of time; there were no mad attacks off the front on the first lap by anyone so I just settled into a steady pace keeping everyone in sight. On the descent I just rode the only speed I know when going downhill and managed to get away with Marc Potts, a fellow ex-downhiller. We quickly opened up a gap over the rest of the field and then we just settled into a pace that was comfortable to ride at without taking too much energy. This was a weird feeling as it felt like a race in slow motion even passing back markers seemed to take forever as we were doing the same speed. 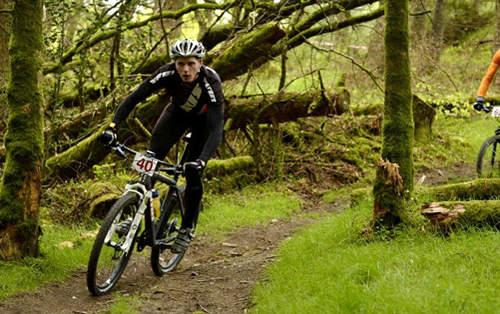 For the first two hours Aiden McDonald was keeping the gap consistent at about three minutes even with a stop for some banana sandwiches and some ZipVit energy drink. Just by keeping the pace constant we gradually pulled away, and continuing to ride at the same pace for the next few hours we made an agreement that we would ride with each other right up to the last lap then it would be every man for himself.

Coming over the line on the fifth hour, going onto what we thought was going to be our last lap, I knew that I had to keep the pace high on the climbs at the start of the lap because I knew Marc would be fast on the downhills. I managed to open up a gap on the climbs before the descent, and coming into the finish I realised that I had time for another lap. After putting in the hard effort the lap before I just had to keep it steady as our previous lap times were more than enough time to get back before the time limit of six hours. Marc also made another lap and got in before the clock ran down. We were the only two to complete 13 laps in the six hours. 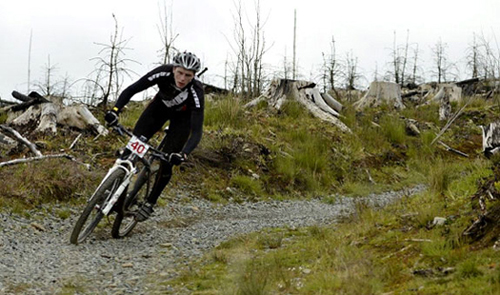 The bike performed flawlessly during the event, climbing well which meant that I didn’t have to expel too much energy climbing and on the last downhill descent I was able to two-wheel drift round the corners while keeping the bike under control. Even on the fast rough forest sections the bike was fully under control and I was able to hit the same line every time.