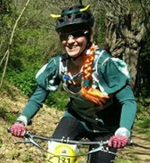 Last month we were lucky to participate at the weekends Single Speed European Championship in Girona, North of Catalonia with one of our Vitus Rapide 29”, which was prepared for the occasion as one of the rules is that all bikes must be SS. The Single Speed event as a discipline is about having fun rather than competition, costumed riders…. Some riders do however take it very serious. 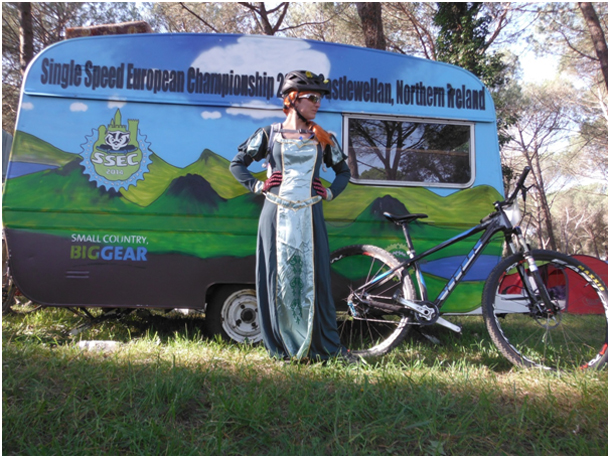 We got there one Friday and many of riders from different countries were already there. The campsite was full of Colour and cheer. Friends from past events were reunited, new bonds and friendships where being created. The festival like atmosphere really added to the occasion. 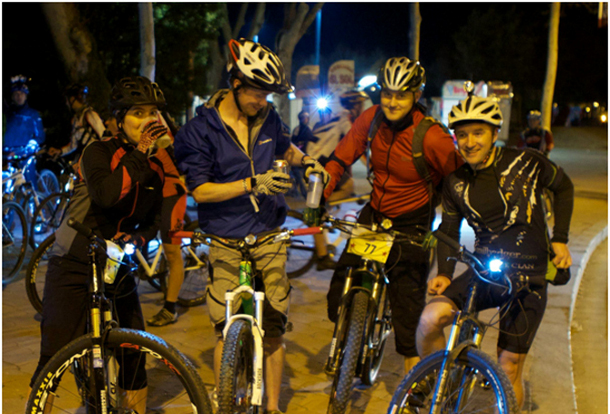 Friday night the organisers had planned a casual night ride around the city of Girona (What a beautiful city which I recommend any cyclist should visit). The plan was to take a Police escort around the cobbled streets through the pedestrian precinct and then the group would divide. The fitter cyclists would do a loop around the Mountains while the rest would sample the bars and coffee shops of the centre of old town Girona. After a slight mix up the majority of the group ended up doing the extended loop and after 3+ hours of very hilly mountain’s we finally arrived back to the campsite for a group dinner. 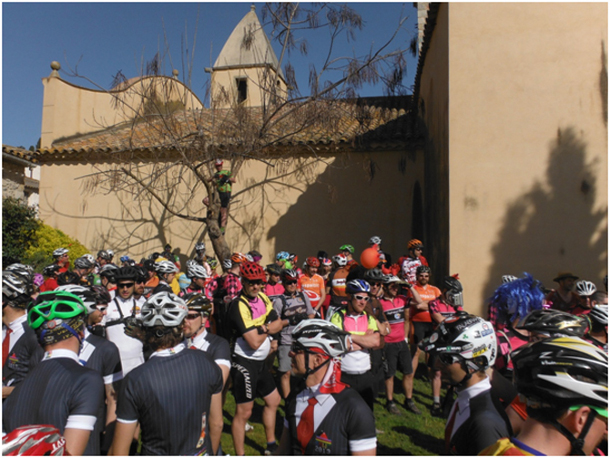 On Saturday the main event started at 10:00. A group of about 300 of us rolled out behind the organizers car. After a few casual miles we were told to leave our bikes on a flat green adjacent to a church and walk to a small garden to the back of the church. It’s a tradition at the start of the single speed race that organisers hide, move and stack rider’s bikes. This joke can cause some riders to hunt for 5-10 minutes. Some bikes this year ended up in trees, some on the roof of the bus shelter. The scene looked like complete chaos when the start was announced.

Riders ran to where they thought their bike was only to see it had been replaced by a similar bike. Others looked and looked but the long grass in the side of the roads was enough to hide the bikes. I was lucky and found mine almost straight away. The course started out on dusty farm lanes sweeping through thick green fields similar to the green fields of Ireland. Shortly we would turn off the tracks and onto single track in the forest. The trails were very dry and dusty and the ground around brown in colour from the sun. We soon started to climb some technical single track. These climbs were very long and steep and this forced even the strongest riders to get off and push. After some long climbing the trails finally started to descend. We joined a track for a fast downhill then a sharp left turn brought us onto a single track section. This was the steepest single track I think I have ever witnessed in a race. Everyone in front of me slid on their bums down the side with bikes in hand. Some others close to me stayed on the bike for the hair rising drop into the valley. We crossed some ford crossings then followed the banks of a river before the final section of single track back to the start finish. The laps where around 5 miles in length and the first to complete 5 laps would be crowned single speed European Champion 2013. 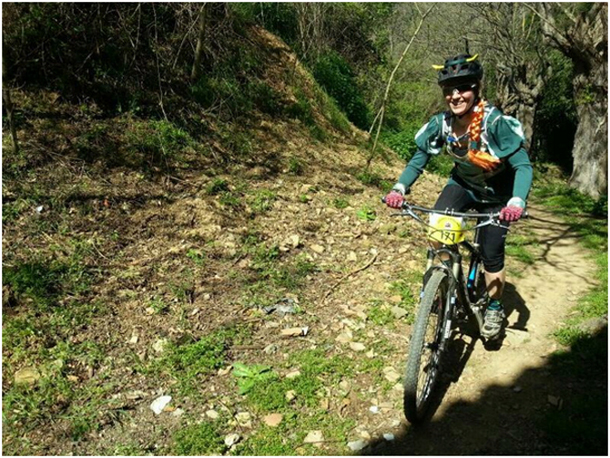 Who will host Single speed 2014?
Another tradition of the single speed race is the games to decide the next hosts. Everyone gathered in the car park. The event team asked for anyone who wanted the chance to host next year’s event to step forward. Three brave men stepped forward. Northern Ireland, Italia and the Netherlands would contest for the right to host 2014. The first game and one that lasted a long time was the bike throw. Anyone who fancied a throw could have a go. The bike didn’t last too long and after many throws parts began to fly off it. As a competitor threw the bike any part that fell off was claimed as a trophy. Some near misses with spectators as guys mimicked the hammer throw technique but a mixture of beer and a long day in the saddle meant their aim was slightly off target. Northern Ireland claimed the victory with a huge throw from MTBNI Chris Scott’s effort. The next game was trackstand Northern Ireland and Italy fiercely battled it out but with Italy claiming the win it would become a two horse race. Next up was a test of speed and braking. The first to race to a line and stop without rolling across would claim the win. This game was just too close to call and declared a draw across the three nations. Last up was a unique free for all. The person that had the most original and best crowd pleasing finale would be declared host nation. Rick McKee from Trailbadger grabbed his bike and started to spin. The crowd laughed thinking he would never throw it like the first game but in amazement Rick let the bike fly and it crashed to the ground. The others were asked if they would do the same and with a quick reply of no Northern Ireland were declared the 2014 host nation. Just as well because the work had already began to promote Castlewellan as the destination for 2014.

As well as the Single speed 2014 trophy we also won best fancy dress. Shrek and Fiona Forever. A great weekend had by all. Beautiful scenery, great trails and great organisation from the Catalan hosts.

See you all in Castlewellan April 2014… Small Country Big Gear!!!!